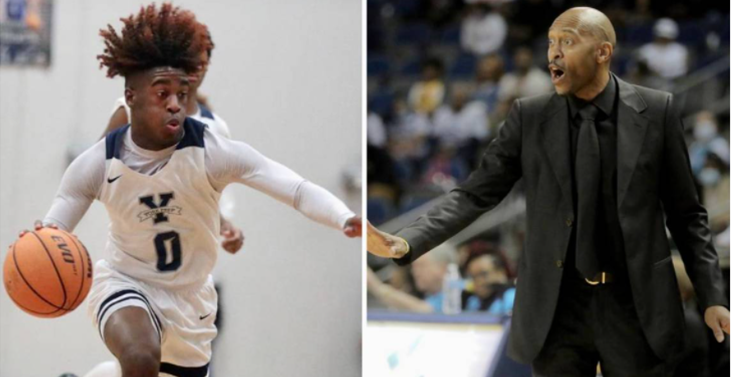 The older Davis has built quite the program in his four years at the Rock Hill public charter school. And this season was a huge milestone: The coach’s team went undefeated in the regular season and won the Region 4-2A championship. They beat the best teams from other states, including some top teams from Charlotte and the No. 1 team from West Virginia. They even hung tough and eventually escaped with a two-point regular-season win over Irmo — one of the best teams from 4A this year — and made a playoff run all the way to the 2A state championship game in Aiken.

They did all this thanks to their fun, fast and disciplined brand of basketball. And one of the players who made that brand so potent was POY Kory Davis. The senior point guard — who is the twin brother of his backcourt mate, Kendall, and the son of his coach, Larry — averaged 22.5 points, 4.7 rebounds, 3.8 assists and 3.6 steals a game in the regular season. He was also an All-State selection in 2021-22.

“To put that jersey on and go out and perform like they did, it was exciting to see throughout the course of the year,” Davis told The Herald after a huge, regular-season finale win over Buford. “They maintained focus, maintained effort and a sense of togetherness.”